What's In A Name? Or Pen Name?

Using a pseudonym had never really entered my mind when I first wrote “Whisper Cape.” In fact, it wasn’t until my publisher suggested I use one for privacy, I thought the chances of me ever needing privacy were really slim, I still do. So I’ve been on the fence as to whether or not I should use a pen name.

But the idea intrigued me enough to investigate other reasons. I made several inquiries of friends, family, and in an on-line forum I belong to. I wanted everybody’s opinion and I got it. 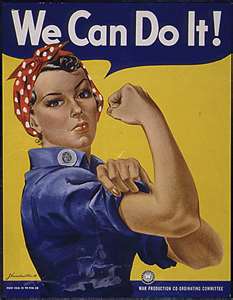 When I first told my family I was going to use a pseudonym for my paranormal romance, “Whisper Cape,” the reaction I received was unexpected. They all wanted me to use my real name. In fact, it took a lot of convincing to my mother and my daughter to get them to understand why I wanted to use a pen name. One of my sons flat out said, “No. I want you to use your real name. I want to tell my friends my mom wrote a book.” At this, I had to point out that we have different last names anyway so what’s the big deal? When I asked my husband, he simply said, “Whatever you want to do.” Although, secretly, I think he likes the idea of calling me Regan sometimes. Maybe it spices up the relationship a little.

Let me just clarify one thing; using a pen name for me has nothing to do with the sex or adult language in “Whisper Cape.” It was written with emotion and love for my characters and I had to stay true to them, no matter what and I am proud of them.


There are several reasons to use a pseudonym, and privacy at this juncture, is really not an issue. In fact, I want people to know I wrote “Whisper Cape. So, you ask, then why don’t you use your real name? I do have a couple of good (in my opinion) reasons.


One, and the main reason is I write several different genres and have high hopes that they will all be published. I suppose that is my main reason. I write paranormal romance like “Whisper Cape, using the pen name Regan Walsh. I also write young adult, which I will use another pen name for or I just might keep my real name. I guess I’ll make that decision when I publish one of those. In addition to paranormal romance, and young adult, I am also writing a couple of mainstream novels, which will also need a different name. Then, what if I decide to get adventurous and want to write erotica?


I love writing different genres. I haven’t decided yet, which one I like the best so until I do, I will continue to write as many as my brain can handle.


The responses I received from fellow writers were very positive and supportive and I received some awesome advice. Here’s what I found out:


Pen names aren’t a big deal these days. This was a general consensus. Most of the other writers stated that they were never questioned about their pen name by any of their publishers. A pen name or real name is a writer’s brand. It is the way readers will recognize what they are going to read between the covers. It should be easy to pronounce and something you really like.

So there they are my reasons and then some. I’d love to hear your comments.
Posted by Author Susan Griscom at 10:01 AM