A great place to visit or a great place for a book setting? I often think about both, but most recently about great locations for a novel. Why choose one over another? I mean a love story can happen anywhere, right? Well, yes, but the location usually has a dramatic effect on how it develops and what the characters are like. Where a story takes place has a great influence on characters’ personalities and descriptions, taking in consideration everything from the clothing they wear to the local customs of the area. I’ve made a list of some of my favorite book settings that I’ve read about or would love to write their scenery into one of my own books. I couldn’t stop at ten so here are my top eleven favorite locations in the world that have or could inspire me.
Starting the countdown with
11. Good old Southern California. With the many beautiful beaches and dramatic sunsets, there’s gotta be a story there somewhere. Or perhaps a historical romance that takes place in Hollywood back in the 1930’s. 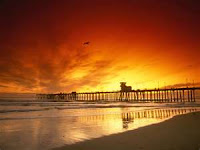 10.  I like to use places I’ve either been to or want to visit in my stories and a great setting for a story would be the island of Bora Bora where I spent my honeymoon. I can already envision a young woman swept up in the beauty of the island, smitten by a handsome local islander who wants nothing more than to show her a good time with lots of sex on the beach. I loved Bora Bora and would love to go back again. 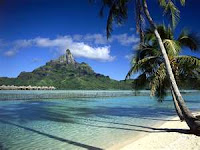 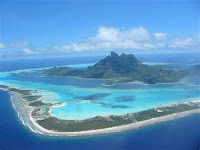 9.  The Mendocino coast comes in at number nine. Some of the most beautiful landscape in the world is right here in Northern California and the Mendocino coast is no exception with its sweeping hillsides and winding coastal highway. Man, just thinking about it makes me want to pack my bags. 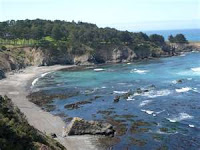 8.  Italy. I wouldn’t mind writing a story that takes place in Italy. At least, part of the story. Two stories come to mind that do just that. One would be The Villa by Nora Roberts and the other is Under the Tuscan Sun: At Home in Italy, a 1996 memoir by American author Frances Mayes, later adapted by director Audrey Wells for the 2003 film “Under the Tuscan Sun.” I have to pick Venice, because well, having been married on a gondola while floating down the river being serenaded by the driver … need I say more? So what if it was faux Venice in Las Vegas. Someday … a girl can dream can’t she? 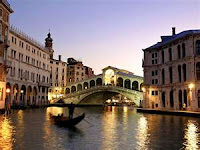 7.  Okay. I guess I’ll have to include North Carolina in this list since my husband is actually from there and has told me some wonderful stories about his adventures as a boy trapping fox and muskrats. I hear the beaches are pretty nice, too. And who can find fault with a good Nicholas Sparks novel? 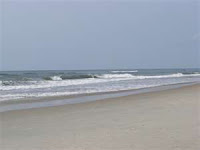 6.  New York has got in goin’ on. Everybody loves a great New York detective story, like, J.D. Robb’s Lieutenant Eve Dallas and her billionaire husband, Roarke. Of course, they live there fighting crime in the future, but what the hay. In addition, another fab fave,  J.R. Ward’s Black Dagger Brotherhood takes up residence in Caldwell, New York. So yeah, I could definitely get wrapped up in some sort of creation in that location whether it is the city or some beautiful countryside upstate. Not to mention the beautiful colors of autumn. There’s plenty of good going on in New York. 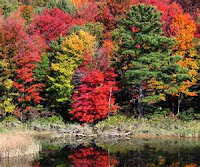 5.  Tralee, Ireland. Just look at those pictures. I can’t think of a reason not to go to Ireland and I have to pick Tralee, because a very dear and wonderful friend of mine is named after that town, and, well … who doesn’t like fables of fairies and leprechauns? They could be true. I’d like to visit and find out some day. J But my first stop would be to visit a local’s hangout, where I’d sit and listen to some good old Irish accents. Of course, I may not understand what they are saying but I’m sure I’ll enjoy the Guinness while I try. 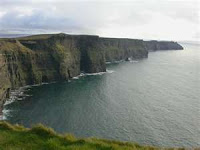 4.  Loch Ness, Scotland. Yeah, I’m a sucker for accents and, well, mystery, and there is certainly something exciting and mysterious about Loch Ness that calls to me, begging me to visit. I’m sure I could think of a great plot for this area. In fact … 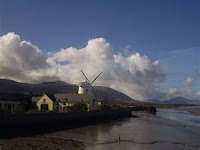 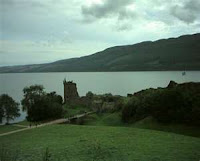 3.  Well, it would almost be sacrilegious not to have the Northern California Siera foothills close to the top of the list. After all, this is where I live and it’s where my young adult novel, “Allusive Aftershocks” takes place. Looks like a great location for two teenagers to fall in love while trying their best to stay alive. And we have some awesome sunsets. The beautiful orange and red sunset here was taken from my bedroom balcony. 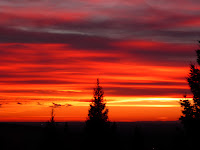 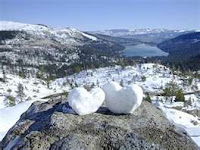 2.  Lake Wallowa, Oregon. I do love the state of Oregon. It has a lot of potential for places with wide-open spaces and I can get there by car to research the area. A great place for a young women to hide out from an estranged abusive husband, I would think. My novel, “The Fawn,” takes place in a small make-believe town near Lake Wallowa, Oregon. 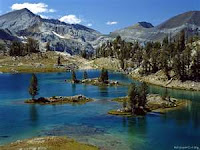 1. The Oregon coast has to be number one because it’s the location where my very first novel Whisper Cape and its sequels take place. Somewhere in Oregon, half way between California and Washington lays the fictitious small coastal town of Whisper Cape. A town of secrets and mystery. How can you not think of mystery and romance when you look at these pictures? 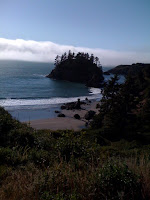 ﻿
These are just some of the locations I've thought about. I'm sure I can think of a dozen more. What are some of your favorite settings for your books or places you would like to visit? I'd love to hear your thoughts and comments.
Posted by Author Susan Griscom at 4:51 PM