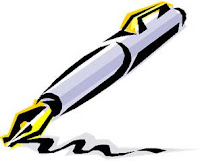 The El Dorado Hills Chamber of Commerce sponsored a “Wine and Sign” event, the first one they’d ever had. I’m hoping that future ones attract more people. There were three authors featured and, I think, four wineries. In my opinion, they could have gone with three wineries and four authors instead, but that’s just me. The room was small and moving from booth to booth was fairly easy.

Of the three authors present, I visited with two of them. The one I didn’t talk to, Debbi Preston, is the author of 48 Dog-Friendly Trails in California’s Foothills and the Sierra Nevada. However, my husband spoke with her for at least thirty minutes. He had purchased her book at one of the local wineries last year and he’s the one all excited about hiking around the area. I was too, until we came across that rattlesnake last year. If you know me, you know I hate snakes.


I chatted with Cindy Sample, author of Dying for a Date and fellow RWA member. I purchased her book because I’m a sucker for romantic suspense and the cover of her book is simply scrumptious with a picture of a chocolate chip cookie—yummy –beside a gun sitting on top of a broken red heart. I mean, who can resist that? She gave me some great advice and suggested I check out the local RWA Sacramento chapter, which she said meets once a month. Sounds like fun. I will check it out. Thanks, Cindy.

The third author was an interesting surprise. Turns out Gaelyn Whitley Keith, author of The Father of Hollywood, is a distant relative by marriage, way back in the days of Betsy Ross, to my husband. So of course, they had a nice long conversation. I purchased her book also, a true story based on the life of her great-grandfather, H. J. Whitley, “The Father of Hollywood.” Using her great-grandmother’s journal and memoir, Ms. Keith recreates the story of H.J’s life. I was drawn to the book because of a story I had started with a friend about the kidnapping of a young heiress in Hollywood back in 1933. Maybe someday we’ll finish that story, but I thought it would be interesting to read about the man who created Hollywood and took part in building the film capital of the world.

I ended my tour of the event booths with another surprise meeting—an author not participating in the book signings, but pouring wine for one of the local wineries. When I told him about my book, he said he also wrote a book. I was instantly intrigued and asked him his name. I blinked in surprise when he told me. Jeff Hamilton. You see, my previous married name was Hamilton. So naturally, I had to find out more about this writer. He told me he wasn’t a writer, or at least didn’t think he was very good, (Don’t we all feel that way? Well, maybe not all, but I know self-doubt is a big part of my day) but he wanted to write a book about his time spent in Rwanda and a boy he met there named Momomba. (sp?) He gave up writing the story, but his agent decided the story needed to be told, and with the help of editors, his book was picked up by Random House. He gave me his website and, of course, I looked it up. But unfortunately, he must have left something out of the address, because I couldn’t find anything about him or his photography. I did give him my card, and maybe if he visits my blog and reads this, he will offer the correct website address.
So, that was my evening at the first EDH Chamber of Commerce “Wine and Sign” event. I’m so glad I went. I got two awesome reads and tasted some great wine and most of all, I got to see what to expect when it’s my turn, which should be in a few months. I can’t wait.