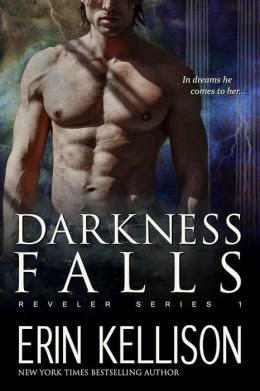 Agent Malcolm Rook is hunting for people with the rarest of talents—the ability to master dreams. He finds the undeniably gifted Jordan Lane, but she’s wary of mysterious Rook and resists his pursuit as long as she can. Yet the dreamwaters they enter are too exhilarating to resist, and attraction soon ignites electric passions. Delving too deep stirs a nightmare, one they must defeat, or be forever lost to darkness.

Fans of paranormal romance and bad boys, get ready for a dark, sexy plunge into fantasy and desire. The Reveler Series is set in a contemporary world in which people can indulge in Rêve, or shared dreaming—a pop culture phenomenon sweeping the world. Imagine being able to fall asleep at night, only to wake in a dream world, one in which you are lucid and in control—where you can be anything you want to be and do anything you like. But you must be careful…dreaming can be as dangerous as it is seductive. 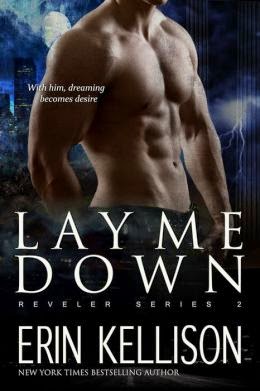 Able to navigate sleep’s vast dreamwaters, wild child Maisie Lane makes easy money as a courier delivering packages from one dream to another. So what if her employers are on the shadier side of the law? Her sister thinks she’s living for the pleasure of the moment. Pleasure is involved—why shouldn’t it be?—but every step Maisie takes is part of a careful plan. That is, until she crosses into a dream so evil, she has no choice but to run.

Special Agent Steve Coll is tasked to recruit Maisie for Chimera, the organization that polices shared dreams. At first he’s taken with her funny and carefree spirit, then brought to his knees by her tough and passionate soul. Touching her is forbidden ecstasy, but Steve can’t resist breaking the rules with Maisie. A darkness is gathering, evil preparing to strike, and only Maisie stands between it and innocent lives. No matter what happens, Steve won’t let her stand alone—he’ll die before he leaves her side.

Fans of paranormal romance and bad boys, get ready for a dark, sexy plunge into fantasy and desire. The Reveler Series is set in a contemporary world in which people can indulge in Rêve, or shared dreaming—a popculture phenomenon sweeping the world. Imagine being able to fall asleep at night, only to wake in a dream world, one in which you are lucid and in control—where you can be anything you want to be and do anything you like. But you must be careful…dreaming can be as dangerous as it is seductive. 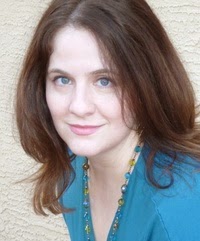 About The Author:
Erin Kellison is the New York Times and USA Today bestselling and award-winning author of the Shadow series and Shadow Kissed series, which share the same world, where dark fantasy meets modern fairy tale. Delve into dreamscapes in her new Reveler series, releasing Summer 2014. 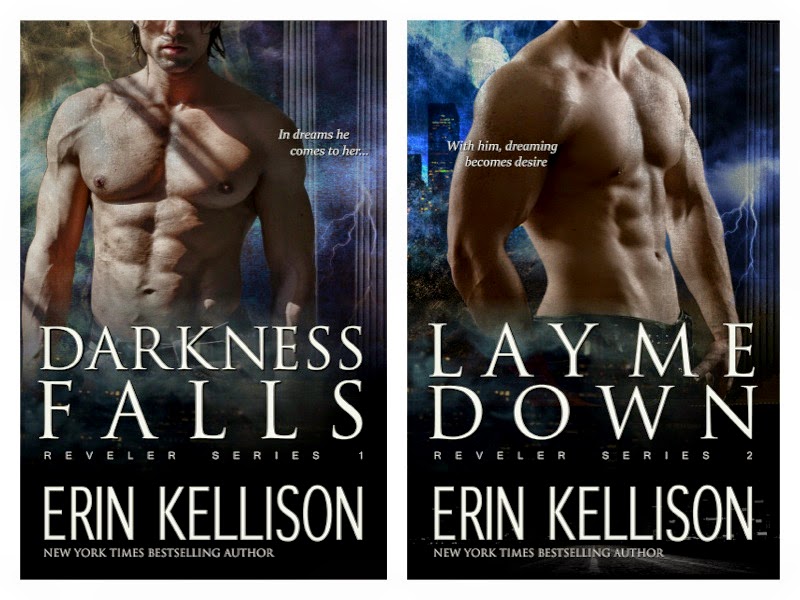 My Review of Darkness Falls
Sexy, dark, and edgy. Just my cup of tea. I really enjoyed this story. It took me by surprise, but I was hooked right from the beginning. I was immediately swept up in the world Ms. Kellison has created and absolutely loved the concept. The premise is fresh and original and kept me totally involved from beginning to end. The idea of dream sharing sounds so cool. That's what happens in Darkness Falls. Jordan only wants to protect her sister, Maze, so she agrees to go to the Reve with her and enter into the dreamscape. I won't go into any more than that you'll have to read to find out what it's like.

The descriptions were great, and just so you know, like the real world, the dream world needs policing. That's where our mysteriously sexy Malcom Rook comes in as he hunts for the perfect talents for recruiting to work for the Chimera when he encounters the beautifully gifted Jordan Lane.

As a side note, I must admit I found myself crushing on Rook from the very beginning. I recommend this book to lovers of paranormal and stories about dreams. You won't be disappointed. Darkness Falls gets 5 stars from me.

My Review of Lay Me Down

So I was so hooked on the concept of this series I had to rush to read the second book even though I only signed up for the first for this tour. LOL. I must admit I wasn't exactly that taken with Steve Coll as much as Malcom Rook in the first book, but he did grow on me as I continued to read. Lay Me Down picks up immediately right where Darkness Falls leaves off and continues with that story. Maze got on my nerves a bit maybe because she was a bit immature compared to her sister, but I'm sure that's they way Ms. Kellison intended her to be.

Once I got into this book, I couldn't put it down. I don't have time to read the newest and third book in the series before this post is scheduled, but I assure you I will be reading it as soon as time permits. I'm giving this 2nd book 4 stars because of my initial reaction toward Steve, but other than that it was a terrific read and I can't wait to see what's next. Oh and next time you dream, pay close attention and try thinking about where you are and who you are with. I know I will.