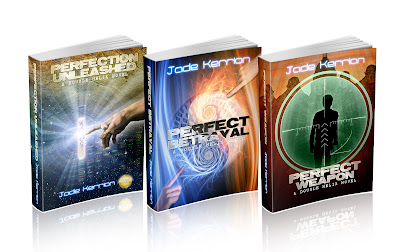 
Love triangles abound, at least in fiction. We love to take sides and to root for one team or another. The Double Helix is a science fiction/urban fantasy series; it isn’t specifically a romance, but love is universal and forms the core of this story. Let’s take a look at the key players in this love triangle.

Zara Itani is a Lebanese-Venezuelan assassin. Sultry and beautiful, she is lethal with blades and guns, and her attitude is more abrasive than steel wool. Her relentlessly practical, take-no-prisoners style results in her having little patience for people who will not tackle a problem head-on. Strong-willed, an alpha female in every possible way, Zara respects strength and courage. She also has a deeply hidden streak of compassion that she will deny to her deathbed. She is “a catalyst of events, most of them cataclysmic.”

It should come as no surprise that, on a whim, she frees Galahad, the lab-created perfect human being from his laboratory prison. Galahad is Zara’s perfect match. He possesses more than an incisive intellect, impeccable manners, and stunning good looks. He’s the only one who can beat Zara in a fair fight. Everyone wants him, but Zara has him. Zara and Galahad are clearly made for each other.

When could perfection possibly not be good enough? When you can compare perfection to its imperfect source, of course.

Danyael Sabre is an alpha empath and the genetic source of Galahad’s physical template. They have the same pale blond hair, the same striking dark eyes, the same sculptured features. Physically, they’re identical. In every other way that matters, they’re not. After twenty-five years of imprisonment in the laboratory where he was created, Galahad is eager and impatient to seize the world. On the other hand, Danyael, after a traumatic childhood as an undiagnosed alpha empath, wants nothing more than to be left alone to do his job as a doctor in a charity clinic in poverty-stricken Brooklyn neighborhood.

Zara’s impulsive action in freeing Galahad upends Danyael’s hard-won normal life. Inevitably, Zara and Danyael meet, and just as inevitably, she dislikes him. Danyael’s psychic shields, designed to deflect attention, are partially to blame, but she would have found fault with him anyway. She thinks he’s evasive and a coward, unwilling to face his past or embrace his empathic mutant powers. He thinks she’s an interfering troublemaker with a ruthless and cruel streak, but is too polite to say so. When she finally falls in love with him, they are not certain if she did so on her own accord or whether she was influenced by his emotion-altering mutant powers.

No question, Zara and Danyael are made for each other too.

Who will Zara choose? The perfect human being who wants her and everything that life can offer him, or the alpha empath who watches silently from the sidelines of life? One thing is certain; being loved by Zara isn’t safe. On a normal day, Zara can wreak more havoc with love than most people can with hate. Good luck to the unfortunate guy Zara chooses, because he’ll need it.

You can follow the Zara-Galahad-Danyael love triangle, beginning with Perfection Unleashed, the first novel in the award-winning Double Helix series. Which is now on sale for the duration of the tour for only .99 cents. 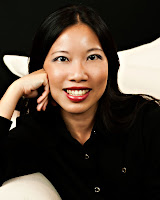 Jade Kerrion unites cutting-edge science and bioethics with fast-paced action in her award-winning Double Helix series. Drawing rave reviews for its originality and vision, and described as “a breakout piece of science fiction,” Perfection Unleashed, and its sequels, Perfect Betrayal and Perfect Weapon, are available in print and e-book through Amazon and other major retailers.

About The Double Helix series:

His genetic code sourced from the best that humanity offers, Galahad embodies the pinnacle of perfection. When Zara Itani, a mercenary whose abrasive arrogance exceeds her beauty, frees him from his laboratory prison, she offers him the chance to claim everything that had ever been denied him, beginning with his humanity.

An alpha empath, Danyael is rare and coveted, even among the alpha mutants who dominate the Genetic Revolution. He wields the power to heal or kill with a touch, but craves only privacy and solitude—both impossible dreams for the man who was used as Galahad’s physical template.

Galahad and Danyael, two men, one face. One man seeks to embrace destiny, and the other to escape it.

The award-winning Double Helix series, consisting of Perfection Unleashed, Perfect Betrayal, and Perfect Weapon, will challenge your notions of perfection and humanity, and lead you in a celebration of courage and compassion. Science fiction, urban fantasy, and action-adventure readers will enjoy this thrilling roller-coaster ride as it twists and turns through a world transformed by the Genetic Revolution.
Perfection Unleashed is on sale for $0.99 for the duration of the tour, if you wanted to let your readers and fans know.
Where to find Jade and her Double Helix Series: