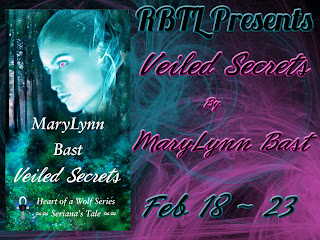 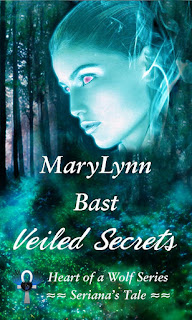 Seriana Aphenithea, Princess of the Light Loxy Realm has been banned. Why?  She can’t remember. She must find her way, and her memories, if she is ever to return home.
Waking with no memory of whom or where she is, Seriana runs for her life when two beings chase her through the forest. Glowing eyes stares out at her through the darkness. Sending a mental call for help and in response, two wolves emerge.
While protecting her from the hunters who intend to do her harm, one of the wolves becomes fatally injured. Acting on instinct, Seriana merges her energies with his, saving his life. Connecting her mentally to the human the wolf turned in to. Adam and Blake are werewolves. Surprisingly this does to scare her. In fact, it triggers the beginning of her memories. She has been to the earth realm before.
With her no longer allowed to enter her own realm, Seriana must find a way to safeguard her family in the Light Realm and on earth. She has to protect those around her by ensuring no one finds out her VEILED SECRETS.
Excerpt
Seriana stormed through the hotel room. “You are not leaving me here.”
His face was clouded with frustration. “Stubborn.”
Damn right she was being stubborn. She was not going to allow him to go out into the forest and face Christopher and possibly other vampires alone.
“I won’t put you in danger!” His voice rose slightly in his anger.
Folding her arms across her chest, she glared up at him. Her chin jutted out in determination. Then one corner of her lip lifted into a slight grin, she nodded and dropped her hands to her sides. “Okay fine, leave me here.” She plopped down on the bed and grabbed the remote.
Darius stilled, his own eyes narrowing at the sudden change in her attitude. He knew that never bode well. He studied her suspiciously. “Tell me you are not going to follow me.”
Seriana didn’t look at him. “Okay, I won’t.” Her eyes remained glued to the TV. “See you later.”
He stood with his hands on his hips shaking his head. “You don’t give up that easy.” He stepped over in front of the television, blocking her view.
Seriana lifted her eyes to him and smiled, making sure her mind was completely blocked to him. “You are the strategist for the Guard. You know what you are doing. So go do it and move out of the way, I’m trying to watch television.”
Darius stood staring at her for moment longer. “Keep the dagger with you and do not remove the necklace I gave you.” He turned, yanked the door open and stalked out, closing it with a thud.
Seriana remained where she was, her fingers tracing the garishly large silver cross around her neck on a thick silver necklace. Waiting for him to barge back in, she hid her grin when the door was shoved open.
Darius stood there shaking his head. “You don’t give up that easy.”
Releasing a sigh, she dropped the remote beside her where it bounced once on the fluffy comforter, and lifted her eyes to his. “I simply agree that you know what you are doing. I do not want to get in your way.”
He shook his head. “What are you up to?”
Glancing at the clock with an innocent look on her face, she turned back to him. “You are going to be late.”
With a huff, he turned and stormed out again.
This time, she waited a moment then jumped off the bed and opened the door a crack, ducking back inside when he turned at the end of the hallway and looked back towards their room. When she heard him turn to go, she followed. 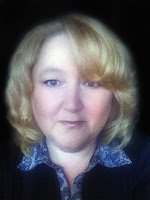 There’s Something About MaryLynn
MaryLynn Bast moved to Las Vegas in 2010. As a consultant with a contractor for the US Military, she travels from base to base across the country and around the world. MaryLynn enjoys traveling and spending time with her family. In her free time she writes paranormal fantasies and erotica.

1.  What is your full name and where are you from? Seriana Aphenithea, Princess of the Loxy Realm

2.  What was your life like growing up? Since I was stripped of my memory when I was banished from my realm of Loxy, I do not recall my life growing up. It is coming to me in bits and pieces.

3.  Is there anything special about you that makes you different from a regular girl on earth? Since I am not a regular girl from earth I am completely different than they are. My skin is very pale, my hair is white and my eyes are pink. Luckily I can change the color of my eyes so I don’t stand out quite so much.

4.  Have you ever been in love and if so, can you tell us about him? As I regain my memories I know there is a human I was in love with, but I am still grasping to find out more.

5.  Do you have any fears? Never gaining my full memories is my biggest fear.

6.  What’s your favorite outfit? Honestly I prefer no clothing. The material of from the earth realm can be chaffing at times.

7.  What type of relationship do you have with Adam? Darius? With no real memories, other than what I am learning as I go along. With Adam my relationship is being built and I’m not quite sure where that is going. With Darius, he is with the royal guard from Loxy and a royal pain in my butt.

8. If you could do anything over again, what would it be? I would not change a thing. Life is as we live it.

9.  Where do you see things for yourself in the next five years? That is a good question. When I figure this one out I will let you know.

Sunshine or rain? Both

Man or Wolf? Is there really a difference?

This novella is a great addition to the Heart of a Wolf series. I was hoping we’d get to read Seriana’s story and was thrilled when this one came out. I was intrigued by Seriana when I first read about her in Werewolf Bound, Adam’s story. In this story, we get more than just a glimpse of Seriana and her interactions with Adam and Blake. She is Fey, and well, Adam and Blake are werewolves. There are others characters introduced into this story and that would be vampires and trolls.
I enjoyed the story very much although, I would have liked to have seen a little more transition as scenes changed. It jumped a few times, which left me confused, but managed to pick up quick enough. I also would have liked to have seen a little more about Erick he was a big part of the story, however, we never got to meet him and now I want more. J
If you like werewolves, fey, vampires, and trolls, MaryLynn Bast has a great way of giving you just that. I gave this story 3.7 Shiny Stars.