Please join me in a warm welcome to Katie M. John as we showcase her new novel, Beautiful Freaks. 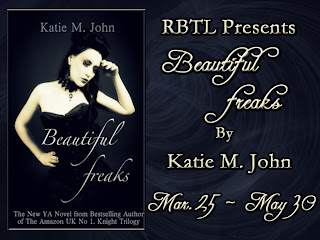 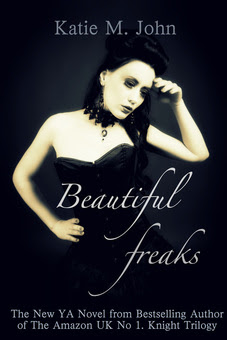 
**** A PARANORMAL GOTHIC DETECTIVE TALE ****
Between these pages you will find yourself transported back in time to the high Gothic. Victorian London.

The year is 1899 and both the century and the Queen are dying.

As the London populace is gripped by a terrifying series of paranormal murders,
eighteen year old Kaspian Blackthorne finds himself on a decadent journey of self discovery.
Victorian London is a place where appearance is everything, but sometimes
appearances can be deceiving. Behind the grand houses, carriages and silks, London is a dark labyrinth of sorrow and violence.
Amongst the gambling dens, dancehalls, and brothels you'll find No 7,
known to its members as Eve's; the most exclusive club in London, infamous for its 'Palace of Beautiful Freaks'.
Each exhibit has a history, each their own unique story. 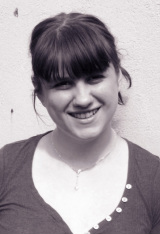 Katie. M John is a writer of YA, Dark Fairytales, Contemporary Paranormal Fantasy and Horror.

She lives in the London suburbs, is married to a dashingly handsome giant and is mummy to a 3ft Mud-puddle Fairy. Katie likes to write whilst eating Jaffa cakes and listening to her i-Pod.

Katie's Contemporary Arthurian series, 'The Knight Trilogy' was launched in December 2010 with the release of 'The Forest of Adventures' and the subsequent release of 'Immortal Beloved' in 2011. Both books have been in the UK top 10 Amazon charts for Contemporary Fantasy and Fairytales. The final book 'Star Fire' was released this summer.

She has recently released a standalone YA novel called 'Beautiful Freaks', a steam punk, Victorian Gothic detective fairytale in London, which has gained a loyal fan base.

She is currently working on a seven book series called the ‘Pentacle Chronicles’, a tale of witchcraft and other supernatural happenings in a quaint English village.

She is a founding member of Dark Heart & Night Shade; a twice yearly anthology publication that showcases emerging YA talent.

Kaspian pondered his eighteen years as he walked through the evening gloom of the London streets. The rain had forced most people inside, creating the impression that the great metropolis had turned into a ghost town. Kaspian liked walking at times like this. It made him feel as if he were walking through his own silent empire.
Then he saw her.
She was standing under the streetlight, a newspaper held out in front of her as if she were reading it. Kaspian thought it obvious that she wasn’t; she was watching the church on the other side of the cobbled street. He stopped midstride and pulled himself behind a tree; spied on her as she took a pocket-watch from her pocket and flip open the lid. He thought it strange she should read it by placing flat in front of her eyes rather than looking down on it – it was as if she were taking a reading from a compass. Kaspian looked over to where she was watching. The church was empty and he couldn’t fathom what could possibly be of interest. The lights were out, the door locked, and the whole place had the impression of sleeping.
The woman was tall and slender; striking in a slightly over-powerful way. Despite wearing a full, black silk skirt, the fitted waistcoat and black necktie were more manish in dress than ladylike. Kaspian had never seen a woman like her, although he had heard of ‘her sort’ as Heartlock’s companions would say.
When he looked closer, he could see she wore a monocle in her left eye and was at least ten years younger than he’d guessed from the first impression: twenty one was the age he now settled on in his mind.
She must have sensed him looking at her because she turned towards him and, seeing him poking out from behind a tree, smiled. It was a strange reaction to the discovery that someone was spying on you. The boldness of her action unsettled Kaspian in a way he couldn’t quite understand. He bent down, pretending that he had been about to tie his shoelaces. When he was sure she had returned to her own secret observations, he scuttled past her and almost ran all the way to the safety of home.
By the time he pushed open the imposing, black front door, Kaspian carried the strangest sense that something deep within him had changed, and things would never be quite as before.

Don't for get the giveaway!