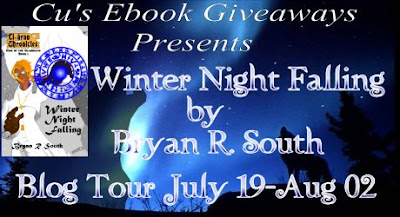 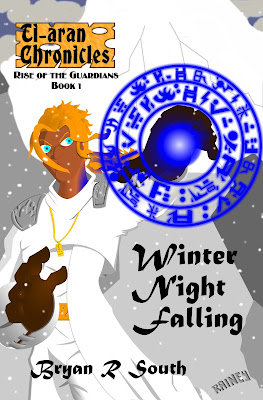 Book Blurb:
The Four Kingdoms are in peril. A demon Lord thought forever imprisoned in limbo has escaped and begins to summon his Horde once again to take his revenge. In his twisted black iron tower he summons a massive wall of darkness that brings the winter storms in the fullest.
Now the Four Kingdoms are each proud and full of themselves.  All the races of the realms must come together and fight the demon lord once again. Magic has been outlawed, and it is up to the reawakened Grand Mage, an eccentric old man, and what is left of the Mage Knights, as well as a budding Guardian to try to keep the peace.
Can the Grand Mage and his friends get the other kingdoms to move in time to stop the Demon Lord? Does the Demon Lord have more than one objective now that he is free? Only time will tell. 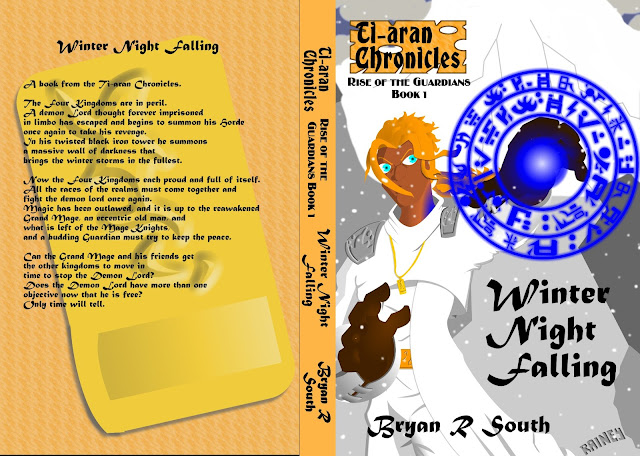 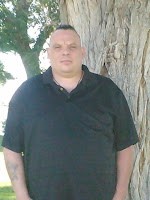 About the Author:
Bryan R South  was born and Raised in the Pacific Northwest. He Graduated Kamiakin Highschool  in 1993 . Bryan has had several poems published and has been working on the Rise of the Guardians Series since he was 16, and did his senior year paper on being a fantasy novelist.   He has worked as a Linecook, in construction, and other odd jobs. He resides with his wife and fell author, S. Cu’Anam Policar, and their children in the Pacific Northwest still.

The characters of Winter Night Falling:

Orindyll Ravenslock – Arch mage of the First Order, Acting Grand Mage of the Orders of Five, Earl of Raven’s Bluff

Tomas Silverhand-- First thought to be a magus of the First Order; he is later discovered to be the Last of the Guardians, as well as a Divine Agent of Adara the Lost. Goddess of Knowledge, Nature, and Magic.

Count Evan Dupont-- Count of the Township of North Keep

Sirenthial Silverbranch -- Arch Magus of the 4th Order. Heir to the Elven Throne of Erinor. Chronicler of the Orders of Five.

Tariel Mistwinter – An Elven Hunter of Erinor; Twin of Aileen

Captain Rancos – Captain of the Black Watch of High Point

Jack – Arch Mage of the 5th order. From Tiramon

Kelvin – Former Grand Mage of the Orders of Five; Arch Mage of the First Order, King of Tiramon

General Tapi— General of the Armies of Tiramon

Balin Ironfist— Dwarven KingsGuard. The maker of Joran’s Broadsword (though both do not seem to mention it in the story) Brother to Borodor

Brother Bradley— A powerful Priest of Galaen the Just. God of Justice

Nysander – Shade of the Great Guardian of Erinor . Cassandra’s Grandfather.

Excerpt - Joran's admittance into the Mage-Knights of the Four Kingdoms
They quickly divided up the food amongst themselves and then ate quietly, each lost in their own thoughts. When the food was gone they sent Tomas to go find Joran who hadn’t appeared for breakfast. They returned a few moments later. Joran sat down with care not to stain his new attire he had purchased, a pair of Black leather boots, black dyed leather trousers and a bright yellow over tunic.  A new broadsword hung from a new baldric on his left hip, and his short sword now rose on his right. He gave each a nod, and waited for introductions of Sirenthial and Sebastion before he settled more comfortably into a seat on the bench a little ways down from Count Evan.

“Alright then, to business then. Count Evan since we are in your principality we are going to allow you to sit in on what in the old days would be known as a Guild meeting. Gentlemen today we are going to start rebuilding the Orders of Five, as well as the Mage-Knights.” he paused to look at each in turn to allow his statement sink in.

“Seeing how I am the most Senior Arch-Magus present, I am going to be acting Grand Mage, until we discover the whereabouts or demise of the current Grand Mage. Sirenthial here will be my Chronicler or Second. Any questions so far?” Everyone looked around at the others at the table, and seeing how no questions were forth coming Orindyll continued.

”First Sword Silverhand until by Challenge will be the Mage-Knight Preceptor. You Sir will see Sirenthial and I later. Sebastion you will hold your current position as First Sword of the 4th Order. To the next matter of business then, Gentlemen we have a warrior-adept among us who would join the Mage-Knights. He has been tested magically and been found with the talent. IF he is accepted into the Order of Mage-Knights, he will be of the 3rd Order. He has already completed half of his training, he was taught his sword lore by the Preceptor himself.”

Sebastion stood up. “I would not attest to this normally, but has he been tried? We’re going to be traveling some dangerous roads in the near future.”

J’Lann couldn’t contain a grin. “Joran, would you be interested in showing the assembled your skills?”
Joran gave a grin that matched his fathers and rose to his feet, stripping off his tunic, drew his swords and assumed a battle stance. Sebastion also stripped out of his tunic and picked up his battle axe and gave it an expert swing. J’Lann gestured to the others.

“Gentlemen give them some room”

While the others moved the table to allow for more sparring room, and kept themselves out of harm’s way, J’Lann turned to face the combatants. “First Blood, three separate cuts is declared winner... that is it ..... Begin.”

The two combatants began to circle one another, each sizing the other up. Suddenly Sebastion lunged in, his axe coming in from the right, whistling through the air. At mid-swing he reversed the direction of the axes blade bringing it up in a nasty cut from below. The sound of steel on steel filled the air Joran crossed both his blades over the Axe in a parry designed to drive the axe down to the ground. Joran then brought his right foot up to kick the overextended Sebastion in the jaw sending the older warrior over backwards.

With a roar of anger Sebastion kipped off his shoulders onto his feet and charged in swinging a deadly overhand chop towards Joran’s head. Joran parried with the broadsword and then dropped low and brought his short sword in a horizontal slash from the right that gave a quick slash into Sebastion’s left thigh, parting leathers and skin alike. Sebastion countered with a haft hook to Joran’s jaw sending him to the ground.

Sebastion again roared and charged in with a swirling downward chop to Joran’s exposed back. Joran kicked out behind him catching the older warrior in his unprotected groin, and then sprang to his feet. he swung his swords in a fast spinning combo slicing open Sebastion’s exposed ribs on the right side, once, twice, and finally a third time.

Joran dropped down into a defensive crouch, one sword in the air behind him and the other in a forty-five degree angle in front of him. Sebastion stood cursing softly as he held his bleeding ribs with one hand while the other cupped his groin.  Orindyll walked over to Sebastion and laid a palm on the man’s ribs and uttered a quick incantation. Joran watching felt his jaw drop as he watched the older warrior’s wounds close right before his eyes. Orindyll gestured for both of them to resume their seats at the table.

“Are his skills enough to satisfy you First Sword?” asked Orindyll.

Sebastion coughed and nodded. “He kicked me so hard I am still coughing up the family jewels; yeah I would have him at my back or at my side.”  He paused and looked over to J’Lann. “You taught the boy some dirty tricks Preceptor.”

“Anymore Objections?” asked Orindyll. Everyone shook their heads, and Sebastion chuckled and socked Joran in the arm playfully. Orindyll then gestured for Joran to come and stand before him. “Give me your sword Lad.” Joran reached down and pulled his broadsword from its scabbard and held it out to Orindyll hilt first.

“Furthermore by accepting these charges, do you understand that you now renounce the Authority of the Lower Crowns over your Person? And that you are no longer subject to their rule?  You are now outside their Caste system, and will hold only titles given to you by me, the Preceptor, or the High King?”
“I understand.” said Joran.

“By accepting these charges your life is no longer your own. The only other authority over me is that of the High King. You now belong to the Order of Five and the Order of Mage-Knights until we release you from service.”  Orindyll then began a long incantation that was deep and loud, and the broadsword in his hands began to glow with a strong yellow light. He then touched each of Joran’s shoulders with the sword and then lastly set the sword on top of the young warriors head.

“Bound by Five. Given by Five. Your sword is mine.  Arise Corporal Joran Silverhand, Mage-Knight of the 3rd Order.”  When Joran had reclaimed his feet, Orindyll set the point of the glowing sword over Joran’s heart and incanted once more. When he finished the smell of burning skin filled the air, and when he removed the swords tip, a glowing purple sword tattoo identical to his fathers glowed though his skin for all to see.

Sebastion rose from his seat and came over to Congratulate Joran with a warrior’s arm shake. J’Lann was next who wrapped him in a huge bear hug that stole the boy’s breath. When everyone had congratulated Joran, Orindyll gestured for them to return to their seats 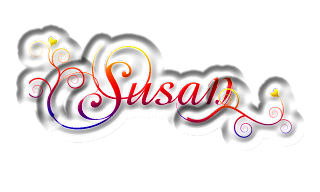 Posted by Author Susan Griscom at 4:00 AM