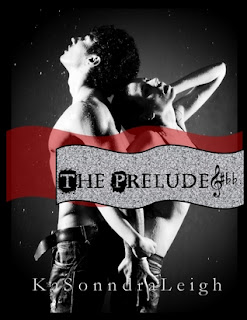 Title: The Prelude
Author: KaSonndra Leigh
Genre: A New Adult Contemporary Romance
Synopsis:
After finishing design school six months ago, Erin Angelo left her tragic past behind in the States and started a new life in Milan, Italy. Burying the grief, silencing her demons, and living a life without any real attachments has worked well for her so far. But when Erin secures her first real job as a budding clothing designer, her controlled world is shaken to its core by the mysteriously sexy director of the local.

Alek Dostov is a man who knows what he wants and how to get it. He’s successful, hot, the son of a millionaire, and women all over the world flock to see one of his performances. For Alek, Erin represents the ultimate challenge: sexy, smart, and unaffected by his charms…or so she thinks. Just like Erin, Alek avoids attachments that leave him emotionally vulnerable. But unlike Erin, his pursuit of all things pleasurable is ruthless.

Knowing how wary they both are concerning any kind of committed relationship, Alek finds a way to pursue Erin, satisfying the intense attraction between them without sacrificing the freedom they both enjoy. Sometimes the deepest passion brings out the darkest emotions. And Erin finds herself completely unprepared for the forbidden world of the young maestro and his truths and even his secrets, as she struggles to deal with her own.

Music, passion, betrayal and forbidden love spun together in one of the most romantic cities in the world.

This novel contains sexual situations and mature language. It is intended for an audience at 17+ years of age.

“So, your mother was born in Dallas? That means you’re all mixed up, like me. Interesting,” Erin says and shakes her head as though she’s in deep thought.
She takes a bite of her focaccia, a type of yeast roll covered in garlic. Since we’re still well into the aperitivo, Milan’s happy hour, this is about all we’re going to be served for the time being. “It all makes sense now. I was wondering why Adriana doesn’t have a Russian sounding name. And how you got those…nevermind.”
“Don’t do that stopping mid-sentence thing. It drives me insane, yes. Finish. What do I have?” I lean over on the table, so I’m closer to her face. A rush of pink spreads through her cheeks. She blushes so easily. I enjoy watching it happen.
She shrugs and stabs at her food until I’m ready to snatch the plate away and eat the bread myself. I place my hand over hers. “Erin, you were going to tell me something, yes?” Our gazes meet, and she stares deep into my eyes.
“Your eyes. They’re not blue like a lot of Russians. That’s all. You don’t need me to be telling you things you’ve heard all your life, I’m sure.” She glances down at her plate and then over at my hand massaging the skin on top of hers.
“Look at me, Erin.”
“No. I mean, I’d rather not.”
“Why?”
“Because it’s—”
“What have we here? The two of you look cozy,” a familiar female’s voice says, ripping through our bonding moment. Nadya. I sit back and give her a hard look. She’s wearing fur in July, the same thing Mother likes to do. And she looks ridiculous.
“Nadya. You look warm today,” I say, smiling.
“I am. These Milan nights can get a little chilly. Especially when a girl sits at home alone more often than not,” she replies.
“I’m sure a woman of your means can easily find male companionship,” I say with a smirking grin. She turns to Erin.
“Hi there. I’m Nadya, Alek’s ex-girlfriend.” She holds out her hand for Erin to shake.
“I’m Erin. And I’m not the new girlfriend.” Shaking her hand, Erin passes a quick glance in my direction.
“Erin Angelo, the student designer who wooed and won the hearts of all three Martuccio brothers? I’m in awe. Tell me, what kind of sexual favors did you do in order to convince them to take you in and spend all that money for you?”
“Nadya. This isn’t the time or place for that shit,” I warn.
“Oh, Alek, this is girl talk. Obviously, Erin has what it takes to survive in the fashion capital of the world. I simply want pointers on how she managed to snag yet another successful man so very quickly. Has he taken you to the waterfall yet?” Nadya gushes, her voice dripping with sarcasm. I stand up and face her.
“I’m warning you, Nadya,” I repeat.
“No, Alek, it’s okay, really. I don’t mind helping Nadya out,” Erin says, a devious gleam in her gorgeous eyes. Easing back down to my seat, I get the feeling that Nadya is in for a surprise.
“First, I signed up for design school. This meant I actually had to use intelligence over sex,” Erin begins, using the sweetest voice I’ve ever heard on a female. “And then, my instructors noticed I had a sharp eye for identifying trends. You know what I mean, right? Real. Raw. Talent. Now, this doesn’t include shopping sprees and matching up the designer labels in all my outfits. I’m one of the people who actually sat down and created the design for that acrylic, also known as, fake fur vest you’re wearing.”
Erin beams a smile at Nadya and then glances at me just before she says, “Men can’t help but to notice someone who does this kind of thing. Right, Alek?”
“Damn right. I couldn’t help it, anyway,” I add, feeling more turned on by Erin than I’ll ever care to admit. She removes her shawl and exposes the way her dress dips low enough to show off her generous cleavage. I lower my head so neither one of them will catch me laughing.
“In fact, Alek told me that my ambitious nature outside of the bedroom turns him on so much that he can’t wait to get back and make mad, passionate love to me tonight,” Erin says with a smile. I almost choke on my saliva.
“Obviously. Have a nice dinner,” Nadya says in a flat voice and walks off toward a man standing near the bar.
“I cannot believe I just said those shitty things to her,” Erin says, shaking her head and gasping.
“She opened the door wide,” I answer.
“Can we have a subject-change moment, please?” she asks and moves on without questioning me about the waterfall statement Nadya made. I appreciate that she doesn’t question or judge me. Not yet.
Erin Gets Her Happy Dance On…

I’m walking in a daze.
I think I’m going to pass out. Whoa! What just happened out there? The most gorgeous, successful, beautifully arrogant man ever just kissed my hand. My best friend, Selene is going to hate me for being so lucky. I can’t wait to tell her.
“Alright, chill out, Cinderella.” I walk through my door and let all the pretense, aka Miss Control USA, go flying out the window. I hop right up in the middle of my living room floor and start doing my hot damn dance.
So, yeah, Alek’s statement about the prelude freaked me out for a second. The word reminded me of something Jada used to say. His line was just the tiniest bit corny, too. But I meant what I said when I told him I thought his words were cute. He can say anything with that accent and get away with it.
I glance at my watch. 10p.m. It’s too early to call Selene. She works as a bartender in Florence. Sometimes her nights don’t end until around 2am.
I sniff the contract Alek gave me. His scent still lingers on the paper, reminding me of the day I first experienced the scent of his cologne. That was the day I fell on my butt, and he offered me his jacket to cover my body. He’s a true gentleman. Well, maybe a little.
So what if the gesture came after I had bolted for the door because he was looking me up and down at first. I feel myself forgiving his neglect to inform me of his true identity. He’s yet to explain himself. I consider agreeing to meet him for dinner just so he can tell me why he led me to believe he was an assistant.
I shower and throw on my Betty Boop sleeping shirt, a pair of booties, and then try to bring my racing thoughts back under control. Heading to my bedroom, I lie down on the bed and pull out a romance novel Selene let me borrow.
She thinks I’m destined to become either a nun or a homicidal maniac. Her reasoning being that no normal person goes without sex as long as I have done. Selene’s boyfriend and my old design lab partner from school, Christopher, even chimed in to help drill the thought into me one day when the two of them visited. I study the book in my hands.
This just doesn’t seem right. Erin Angelo is pulling out a romance novel and actually considering reading it. Now I know something’s wrong with me. 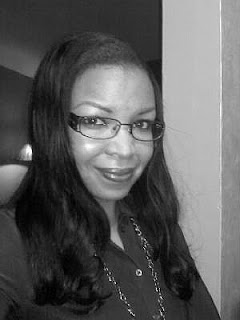 I live in the City of and Medicine, . I write about people doing fantastical things in magical worlds. Sometimes they fall for each other and make sacrifices for their friends. Oh, and sometimes they love music and nature too. I live with my two sons,a guinea pig, a cat, and two dogs. Now that I have completed my MFA in creative writing, I find that I have a little extra time to play CLUE more often. I live in an L-shaped house dedicated to my grandmother. It has a secret library complete with fairies, venetian plastered walls, and a desk made out of clear blue glass.