THE TRAGEDY OF KNOWLEDGE - GIVEAWAY, SHOWCASE AND EXCERPT FROM THE GATES 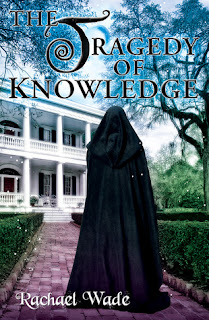 After arranging a hopeful but risky alliance during their visit to the Amaranthian realm, Camille, Gavin, and the resistance don’t have much time to recover from their failed mission. Forced to create a new strategy to achieve their goal, they embark on a different mission—one that possibly holds the missing key to their quest for victory, and their deadliest one yet.

As they attempt round two to restore peace and freedom for their kind, they must rely on help from the living, the bayous, and beyond to decipher allies from enemies, good magic from bad, and whether the source claiming to lead the way to their destiny can be trusted. Racing against the clock to solve the mystery of their fate, they find the battle has come right to their doorstep, and this time, everyone must pay a price.


Please enjoy this Excerpt from
The Gates, book 2 in The Resistance Trilogy

***SPOILER ALERT: This excerpt includes spoilers from The Gates, book 2 of the series. If you haven’t read book 2 yet, you can pick it up here.***

“All right. Look,” he said. “I’m going to come at you again from the same angle—when you’re not expecting it—and I want you to deflect my strike this time. All it takes is one stab of this silver, and you’re instantly slowed down, do you understand? It can mean the difference between living and dying. One strike will make it easier for your attacker to land another strike, and then another. Each one making you weaker. Which means seconds until you’re completely incapacitated. Then they can do whatever the hell they want to you. Think of it as paralyzing venom.”
“Gavin. I got it. We’ve been over this.” I pulled my hair tighter in the ponytail and wrapped it with an elastic tie, positioning myself in front of him again, knees bent, arms up, stance ready.
“Then get it together. I need you focused.”
“Did I mention I really don’t like your bossy side?”
“Did I mention I really hate that you don’t do as you’re told?”
He met my stance with an amused grin, rubbing his hands over his shoulders to push up his sleeves. My gaze caught the movement, zoning in on his defined arms. I swallowed, and managed, “Do as I’m told?”
“Uh huh.” He shuffled closer with slow, easy steps. “Out here, I’m not your husband. I’m not your lover. I’m your trainer. It’s my responsibility to show you how to defend yourself. And it’s your job to listen.”
“I am listening. You just make it difficult … to stay focused.”
“Oh, yeah?” He reached out and brushed a strand of hair from my forehead, letting his fingers trail slowly over my skin while he peered down at me, licking his lips. “Why do I make it difficult for you to stay focused, love? Are you having a hard time keeping up?” Pushing the hair back behind my ear, he leaned in farther, grazing his nose against my cheek, smirking when he heard me exhale a low, shaky breath.
Damn him. “You know why.”
“Do I?” His grin widened.
“You do. And I won’t give you the satisfaction of hearing it come out of my mouth.”
“Cam,” he dragged his lips across my cheekbone to the base of my ear, “I can feel it, too. You don’t have to say it, because I’m in tune with your body like never before. We’re on the same level now. All that pent-up energy, trying to claw its way out of you …” Nipping my earlobe, he let out a low chuckle and skimmed his hand underneath the hem of my shirt, tracing the waistband of my jeans with rough, teasing fingers. My entire body came alive at his touch, blood singing, knees quaking, mouth watering. His scent was divine and his lips called to me like some wicked, elemental magic.
He knew exactly what he was doing. The bastard.
More than willing to play along, I inhaled a sharp breath and reciprocated, dragging my fingers down his torso, then back up, stopping just above his navel. His mouth still near the base of my ear, his breath hitched against my skin at the contact. Encouraged, I headed south again, rubbing and teasing, feeling him grow beneath my fingers, tilting my head to the side to expose my neck. He moaned and grazed his teeth over my shoulder and down to my collarbone, dropping his blade to the ground with a loud thud.
“You make me crazy. Do you know that?” He gripped my hips and pressed me against him. “Do you feel what you do to me?”
“It’s too intense,” I whispered, my voice breathy. I was already panting when he moved to the other side of my neck, nudging my head to tilt it in the opposite direction.
“I warned you. You had a taste back in Amaranth, right after you changed.” He started on the buttons of my shirt.
“But the pull is even harder to fight now. When you touch me … I have no self-restraint. Sometimes I feel like … like I can’t handle all the extra energy. Like I’ll detonate if I don’t act.”
“That’s part of the fun.”
“Gav … we’re in an open field.”
“Hasn’t stopped you yet.” He popped two more buttons. “I know you want me. Just relax and let me make you feel good, baby. That panic lessens when you give it an outlet.”
Shutting my eyes tight, I leaned up on tiptoe and wrapped my arms around his neck to kiss him hard, then released him and slowly sashayed in the other direction, challenging him from underneath coy lashes, the need to run singing in my veins. “Fine. And I know you want me, but you’ll have to catch me first.”
His mouth fell open and his brows raised, a surprised smile pulling at the corner of his lips; he was ready to take the bait. I surged forward into a turbo-charged sprint, clear across the field toward the woods ahead, feeling him feet behind me, fast on my trail. I blew through the edge of the brush and into the thick marsh, lifting off my feet into flight, deeper and deeper into the bayou. 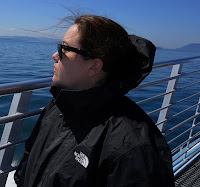 Rachael Wade is the Amazon #1 bestselling author of the paranormal romance series, The Resistance Trilogy, and the contemporary romance, Preservation. When she's not writing, she's busy learning French, watching too many movies, and learning how to protect wildlife and stop animal cruelty. Visit her at www.RachaelWade.com and www.LightsOnOutreach.com, or come chat with her on Twitter via @RachaelWade.


You can find Rachael's books here

Now for the Giveaway