I said when I hit 2,000 “Likes” on Facebook, I would have a giveaway. Well, guess what? I am now at 2,045 and growing. 2,000 likes is a huge milestone and I really want to show my appreciation to all my fans and offer some fantastic prizes. Because, after all, you are the reason I keep at this. I know I would continue to write, but I don’t think I’d be as eager to share if not for all my wonder fans. I hope you all like the line- up I have for you. There will be Five (5) winners. All signed print copies and swag open to US only. All other prizes are international. Good Luck!! ♥ 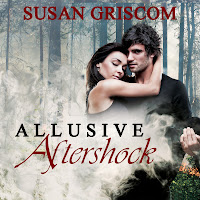 Narrated by Rachel Jacobs, the audiobook is 8 hours and 43 minutes.  Click here to listen to a sample. 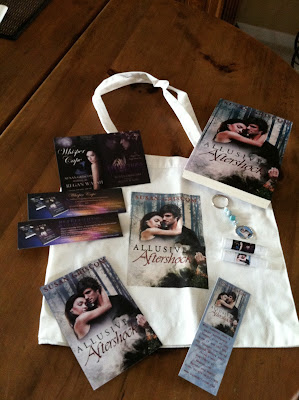 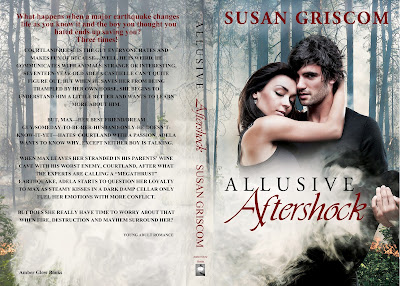 1 signed paperback of Allusive Aftershock with signed bookmarks and postcards.

A young adult novel about destruction, friendship, betrayal, and love.

What happens when a major earthquake changes life as you know it and the boy you thought you hated ends up saving you? Three times!

Courtland Reese is the guy everyone hates and makes fun of because ... well, he is weird. He communicates with animals. Strange or interesting, seventeen-year-old Adela Castielle can't quite figure out, but when he saves her from being trampled by her own horse, she begins to understand him a little better and wants to learn more about him.

But, Max--her best friend/dream guy/someday-to-be-her-husband-only-he-doesn't-know-it-yet--hates Courtland with a passion. Adela wants to know why, except neither boy is talking.

When Max leaves her stranded in his parents' wine cave with his worst enemy, Courtland, after what the experts are calling a "megathrust" earthquake, Adela starts to question her loyalty to Max as steamy kisses in a dark damp cellar only fuel her emotions with more conflict.

But does she really have time to worry about that when fire, destruction and mayhem surround her? 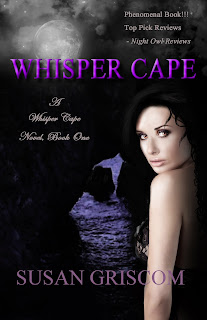 5 Stars Phenomenal Book!!! Top Pick Review
- Night Owl Reviews
A powerful woman, an extraordinary man, and a maniac who wants to destroy them. Fate has brought them together, but will it make them stronger or destroy them all in end?

Escape to a world where the impossible becomes possible and sparks ignite.

WHISPER CAPE is a town of secrets and Addison MacKenna soon becomes tangled in a web of them. Plagued with nightmares of her father's sudden and brutal death, Addie struggles with her anguish and refuses to believe his demise was accidental.

Fighting to shake off one of those devastating early morning nightmares, Addison finds it even harder to escape from the vision of a man lying on the side of the road--a man she may have just killed. When she frantically tries to locate him, he seemingly disappears, just the beginning of strange occurrences in her life. She also cannot ignore the weird sensations in her own body. Suddenly, the impossible seems possible, but is that a blessing or a curse?

Believing that her continual and worsening nightmares are both the key to her own new abilities and the clue to her father's death, Addie knows she will not rest until she has the answers she craves. As she strives to cope with her new remarkable talents, someone else learns of her abilities--a disgruntled maniacal psychopath with his own agenda that involves eliminating Addie. The only one who can protect her, instruct her in the use of her powers and teach her how to destroy the murderous monster is the same man who makes Addie's heart race and her blood heat with passion. The same man she'd left for dead.

Cael Sheridan may be arrogant and mysterious but he's also undeniably gorgeous. A member of a secret society, he is sworn to protect the woman he believes to be the daughter of his recently murdered mentor. In the process, he finds it impossible to resist her magnetic sensuality, complicating his efforts to shield and guide her as she learns to manage her newly acquired skills. At the same time, Addison has much to teach him about trust and commitment. Will fate win in the end? You be the judge.

Check it out on Amazon 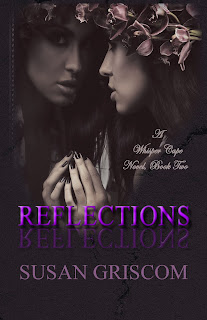 Book 2 in the Steamy Paranormal Romance/Suspense, Whisper Cape Series
What if you heard a voice whispering warnings while you coped with a frightening pregnancy?
Knowing the future has its advantages...or does it?
Can love survive the reflections and memories lost?
Welcome to Maia's world.
Gerry has loved Maia from the very first moment he laid eyes on her and now that she's pregnant with his child, he's over the moon with happiness. Likewise, Maia is overjoyed about having Gerry's baby, but when she starts seeing and hearing an old woman who warns Maia about the pregnancy, Maia starts to think she is losing her mind. But Maia's nightmare has only just begun...

A most sought after beautiful woman, the talented lead singer in an up and coming rock band, sets her sights on Gerry determined to rekindle an old flame. But murder befalls the sleepy town of Whisper Cape once again, creating suspicion and betrayal, and a love once considered invincible, begins to crumble and fall apart.

Check it out on Amazon

Enter the Rafflecopter below to win. All signed print copies and swag open to US only. E-books and Audiobook prizes are international. Good Luck!! ♥