It is my pleasure to welcome Anne Cater, author of Unmasking Paulie Bingham to my blog today. Stick around because we have some goodies in store for you. We have an excerpt from her new release, Unmasking Paulie Bingham, an awesome interview with Paulie Bingham himself, which I thoroughly enjoyed. Paulie is quite the charmer. And on top of all that, Anne is giving some cool stuff away, so be sure to check out the rafflecopter below and enter. 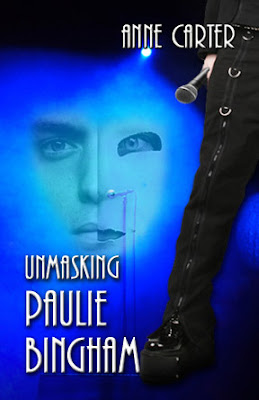 Synopsis
"The last thing I expected was to fall in love with a woman."

Until Katrina Newman touched his face for the first time, British pop star Paulie Bingham was content with his openly gay lifestyle. That he could be any other way never entered his mind. Now, with Kate tugging at his heartstrings, he begins a journey of self-discovery that will lead him through the best—and worst—times of his life.

Though her faith in him sometimes falters, Kate’s love for Paulie never ebbs despite his obsessive ways, his foray into drugs and his habitual infidelity. But will his connection to a high-profile London murder case prove more than Kate & Paulie’s tattered relationship can handle? 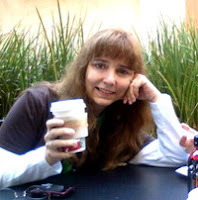 “I wouldn’t want to live anywhere else,” Anne Carter asserts, when asked about her life in Southern California, where she’s lived since she was two. She cites the people, the weather and the beach as factors in her love affair with the West coast. Family, too, provides an anchor to the area, which she describes as a melting pot of humanity, “rich with characters and plots just waiting to be written.”

While romantic mystery and suspense are her favorites, Anne has written middle grade mysteries, literary shorts, poetry and non-fiction. Long a lighthouse fanatic, it was only a matter of time before her obsessions intersected and a series of lighthouse novels emerged. Paranormal elements abound in both POINT SURRENDER and CAPE SEDUCTION, where mystery, romance and troubled ghosts provide hauntingly entertaining tales set in California lighthouses.

When she is not writing, editing or promoting, Anne enjoys time with her husband and children, two happy dogs and a psychotic cat. She is a skilled photo editor and loves restoring old snapshots and creating digital slideshows. Watch for the third paranormal lighthouse mystery, ANGEL'S GATE, coming soon!

Excer[t from Unmaskig Paulie Bingham
“I’m here to see Paulie Bingham.”
“What makes you think he’s here?”
Kate swallowed, narrowed her eyes, and looked past the man into the house. “Because I gave him that leather jacket on the couch there, and he never goes anywhere without it,” she lied.
“You expect me to believe that? And who are you?” Arms akimbo, the man squared his stance, tried to block her view.
“I’m his fucking mother.” Now certain that Paulie was inside, Kate muscled her way in, tossed her bag onto the couch. “Where is he?”
Sullen, the man gestured toward the hallway.
Kate paused. “I suggest you get dressed and leave. Now.”
“Oh, no way. Dude owes me money. I don’t mind giving him a little extra time to get himself together, so I’ll just hang out.”
The cowboy boots placed neatly beside the wall clearly weren’t Paulie’s style. Kate picked them up, along with an adjacent stack of folded clothing, and shoved them at the man. “How much?”
“One hundred for the hour. No, wait. Two hundred. Because he’s a junkie. Makes it tough.”
Kate pulled some bills from the hip pocket of her jeans. “Here’s twenty. Be glad I don’t bust you, too. Now get the hell out.” She flashed a fake movie badge she had pocketed just in case.
The rent boy gave her a wide-eyed stare, then hurried into his pants and carried the rest out the door. Kate sighed, waited until she heard the sports car start up and drive away.
She was hesitant to go into the bedroom, afraid of what she might find. Afraid not to.
She eased the door open. “Paulie?” she beckoned softly, peering into the darkened room. The light from a nightstand clock radio barely illuminated the figure of a man lying on the bed.
“Paul?” she repeated, taking a halting step into the room. “Are you okay? It’s Kate.” She didn’t realize she was holding her breath until she heard him sigh. “Thank you,” she whispered, then moved closer to the bed.
“I wish… I wish you were really here,” came his softly spoken words, wistful, weak.
“I am here.”
“You are always here. But you always go ‘way.”
Kate went to him, sat down on the edge of the bed, found his hand in the darkness. “I won’t go away. I promise.”

Now for the Interview 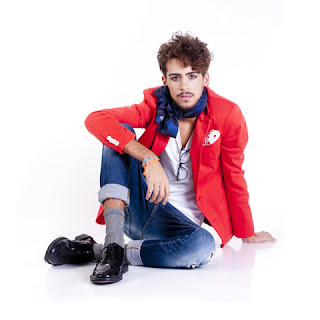 Hello, Paulie, and welcome to my blog. Please make yourself comfortable. Would you like a glass of wine?

Help yourself to some grapes and cheese. It’s Dubliner, my favorite and goes very well with that Cabernet you’re sipping.

“Great, thanks for remembering I’m a vegetarian. A vegetarian who can’t stop eating cheese...”

To start things off, can you tell us a little about yourself?

1.  Where do you live now?
“I’m still in Southern California. I can’t keep away from the sunshine. Still adore London, but only on holidays to see my sister Peg. After a few days in the rain, I’m ready to come back here.”

2.  Paulie, one thing I’d love to know is when did you become a musician?
“I was around twelve, thirteen. It was an escape. Some place I could go and not get beat upon. My mates and I practiced in an abandoned flat – a derelict house bombed out during the war and never repaired.”

3.  What type of music do you play?
“We loved music in the style of T. Rex. Bowie. Freddie Mercury, later. We’d try anything once or twice, you know, the Mersey beat, the folk-house acoustic, even Disco—God, that was cringe-worthy! Ultimately we got into Glam rock. Today, I do whatever I fancy at the moment.”

4.  Were you a musician before you realized you were gay or after?
“Funny you should ask. I think I never quite realized anything. I ... just... was. Both. Gay, and musical.”

5.  How surprised were you to find Katrina attractive?
“Ah, Kate. Yes. I was quite surprised. I didn’t like her much, at first, cheeky little witch, telling me what to do, how to hold still, pushing my face around, you know... but when she professed her love, I just sort of... you know, I can’t describe it. I was quite confused. Scared.”

6.  Was there anything in particular that attracted you to Katrina?
“She was strong. She was confident. All those things I wanted to be. She had power, and in my own twisted way, I sucked that power from her. I felt awkward and weak without her.”

7.  What is it about Kate that you love the most?
“She has an inner beauty that wraps around everything. She cares. She puts others first—also her worst attribute. Me, Bonnie, Rob... never herself. “

8.  What on earth ever possessed you to partake in and experiment with drugs?
(Pauses, looks away.)
“That weakness I mentioned. I was a slave to attention. Peer pressure was my life at that time. There was this guy, I wanted to be close to him, and without the drugs, well, I wasn’t cool. He did coke and Ecstasy and such. When he tired of me, I went off on a vague sort of journey, and nothing satisfied me. Someone offered me smack.”
(Pauses again, offers uneasy smile, scratches forehead.)
“I can’t—I can’t explain why. It was just the next thing. Nothing else mattered.”

9.  Why do you think Kate seduced you when she knew you were gay?
“Ha! Why does Kate do anything she does? Because she’s Kate. She knows what she wants. That night, apparently, she wanted me. Lord knows why...”

10.   How did she manage to persuade you to make love to her?
“You would have had to have been there. We’d been sipping champers. Talking trash about our ex’s. She was warm, and loving, and lonely. I was hurting deep inside, a hurt I’d been pushing down for weeks. She dug it out, and tucked herself inside instead. She touched me—both my body and my heart. I don’t know how it happened, but it did...”

11.  How conflicted did you feel about it afterward?
“I was afraid to think about it much. I told her I’d been with a woman before, but I lied. Probably the only time I ever got away with lying to her. She was my first. I was so confused, but I refused to examine it. Until after she left. All I remember is this extreme emptiness.”

12.  Did you fall in love with Kate instantly or was it over time?
“We often joked that it was that night. Maybe it was. I went on and convinced myself that it was all a stupid mistake, I was gay and that was that. I didn’t need her, or any woman. A silly, one time encounter and it wouldn’t happen again. When she reappeared in my life, when I was on my hallucinogenic deathbed, I felt something fill up inside me. That same hole, she moved into again, fixed me up, fixed my life. Was it love? How could it not be.”

13.  How did you feel when you found out you were going to be a father?
“If I was scared of admitting bisexuality, I was terrified of being a father. I suppose most straight guys expect to become a parent one day, but I’d had no experience with that sort of thinking. I was nauseous. I was deeply afraid I’d seriously blow it. But I was so wrong. Bonnie turned out to be the shining accomplishment of my whole life.”

14. Did you feel any amount of jealousy when Kate began seeing Rob?
“You must be joking. I wanted to clock him one on the bean. So hot. So talented. Sure of himself. They even looked good together. He was American, he was savvy, he was straight besides. Everything she needed and deserved. And me, I’m the one who gets life’s sand kicked in his face.”
(Thoughtful.)
“But you know, he was right for her. And I love him.”

(The room fell silent for a few minutes as I thought about Paulie, Kate and Rob and so I knew I had to lighten things up a bit before I teared up.)

What kind of car do you drive?
“Cars hold no intrigue for me. I only drive out of necessity. I like Kate’s Beemer, but I hated it at the time—she picked it out because it’s just like his. Rob’s.”

Do you sleep listening to music? If so, what type?
“Jazz. Blues. Love Dinah Washington. Ella Fitzgerald. Della Reese.”
Wine or beer?
(Chuckles) “I’m not supposed to have either. But I’ll have an occasional glass of a good red.”
(Holds up Cab. in salute)
Chocolate or Vanilla? We are not talking sex here. LOL
“Chocolate. No question there. Remember my addictions!”
Ocean or Lake?
“Ocean. Specifically, California beaches. Clothing optional.”
What is your favorite song?
“At the moment, “Ever the Same” by Rob Thomas. Good song. Lots of emotion. Reminds me of Kate.”
What is your favorite food?
“Heaps of roasted veggies with olive oil, garlic, salt and pepper. I’m easy to please.”

Thank you for visiting me today, Paulie. I wish you all the best and I know someday you’ll be a big star.  Oh wait, you already are. J