Join me on December 12th when I showcase the  fabulous Deanna Lynn Sletten and the release of her new novel, Sara's Promise on December 10th 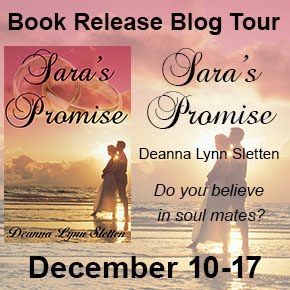 December 12th – Susan's Magical Musings  This is me!